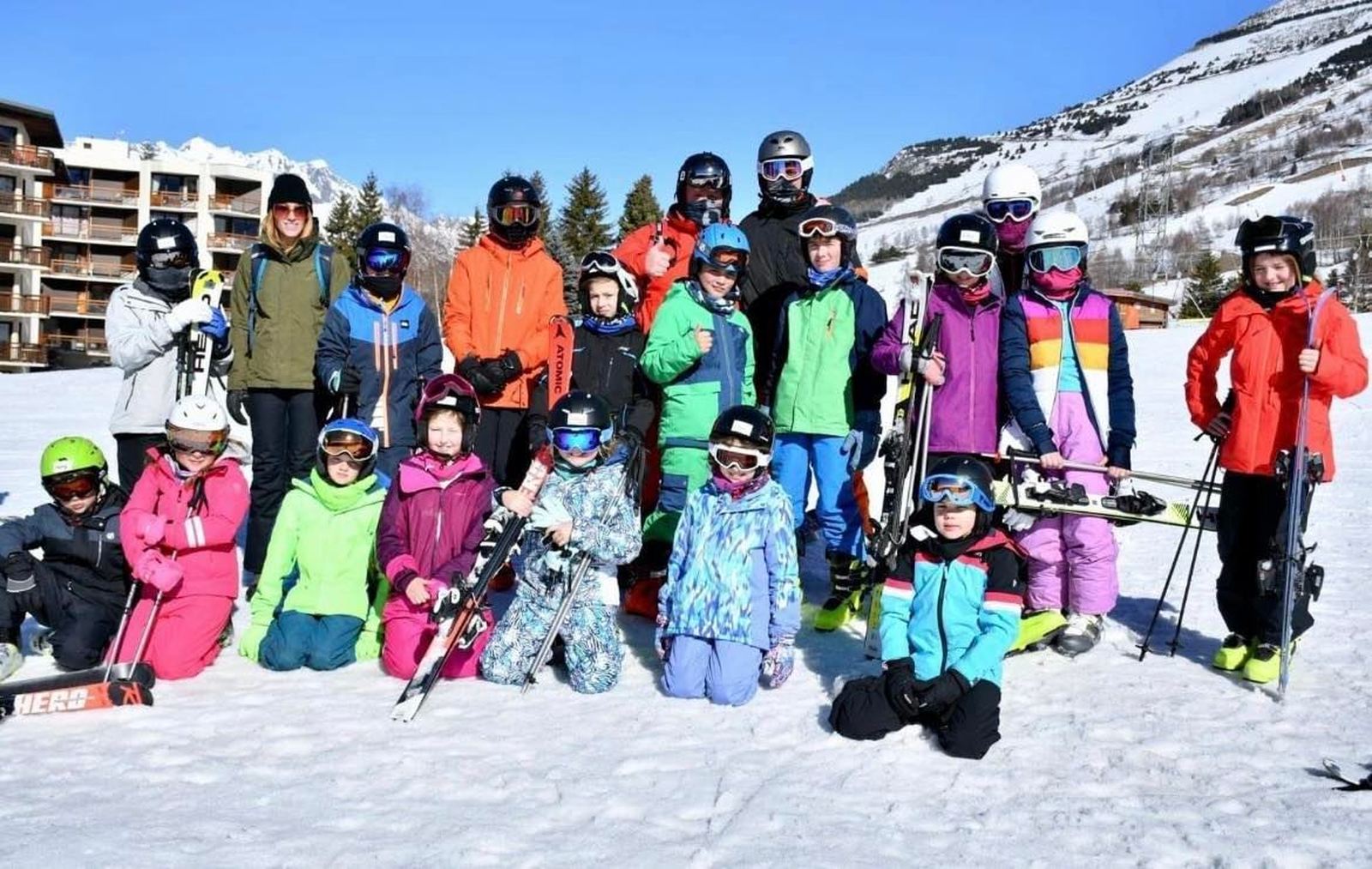 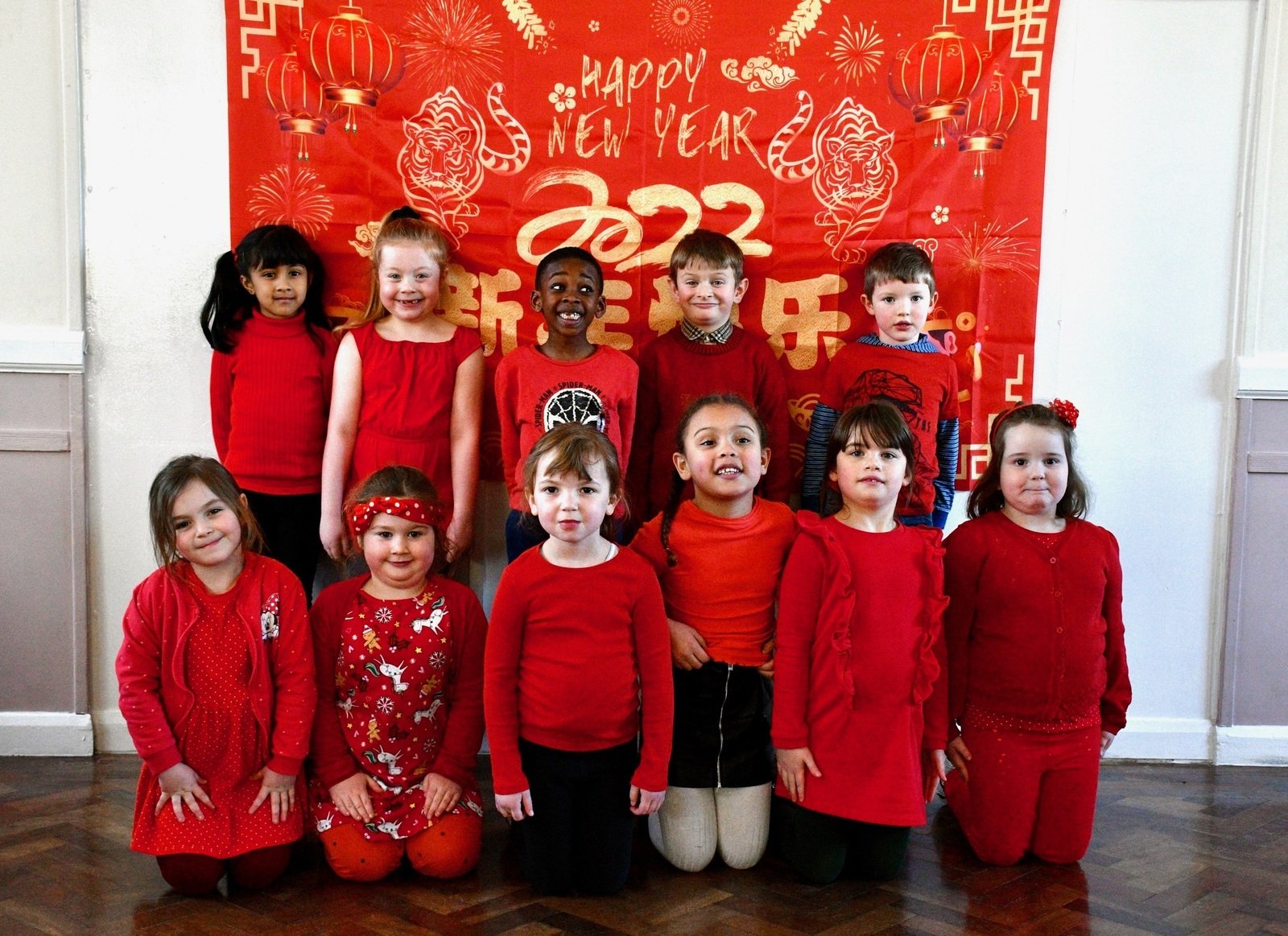 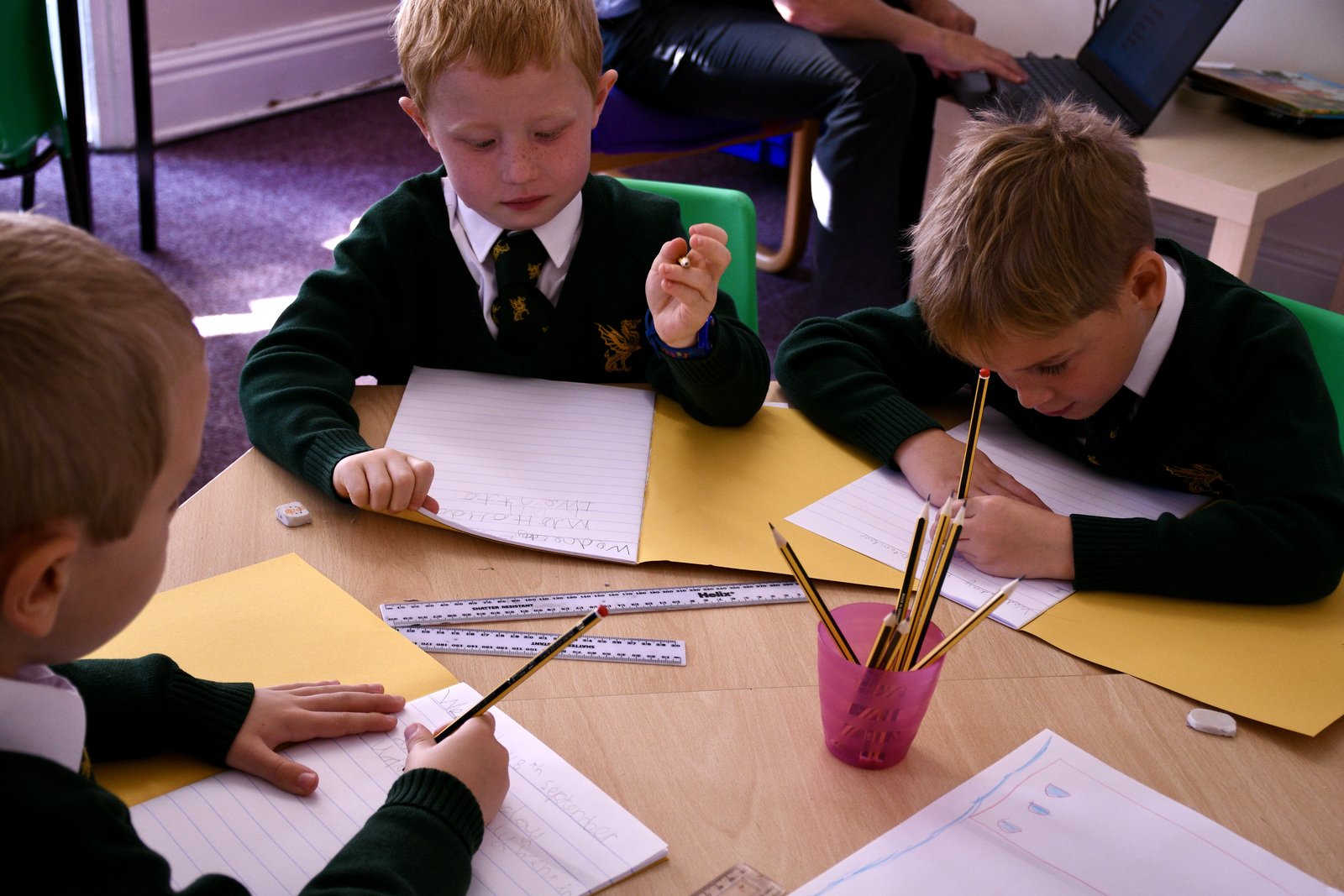 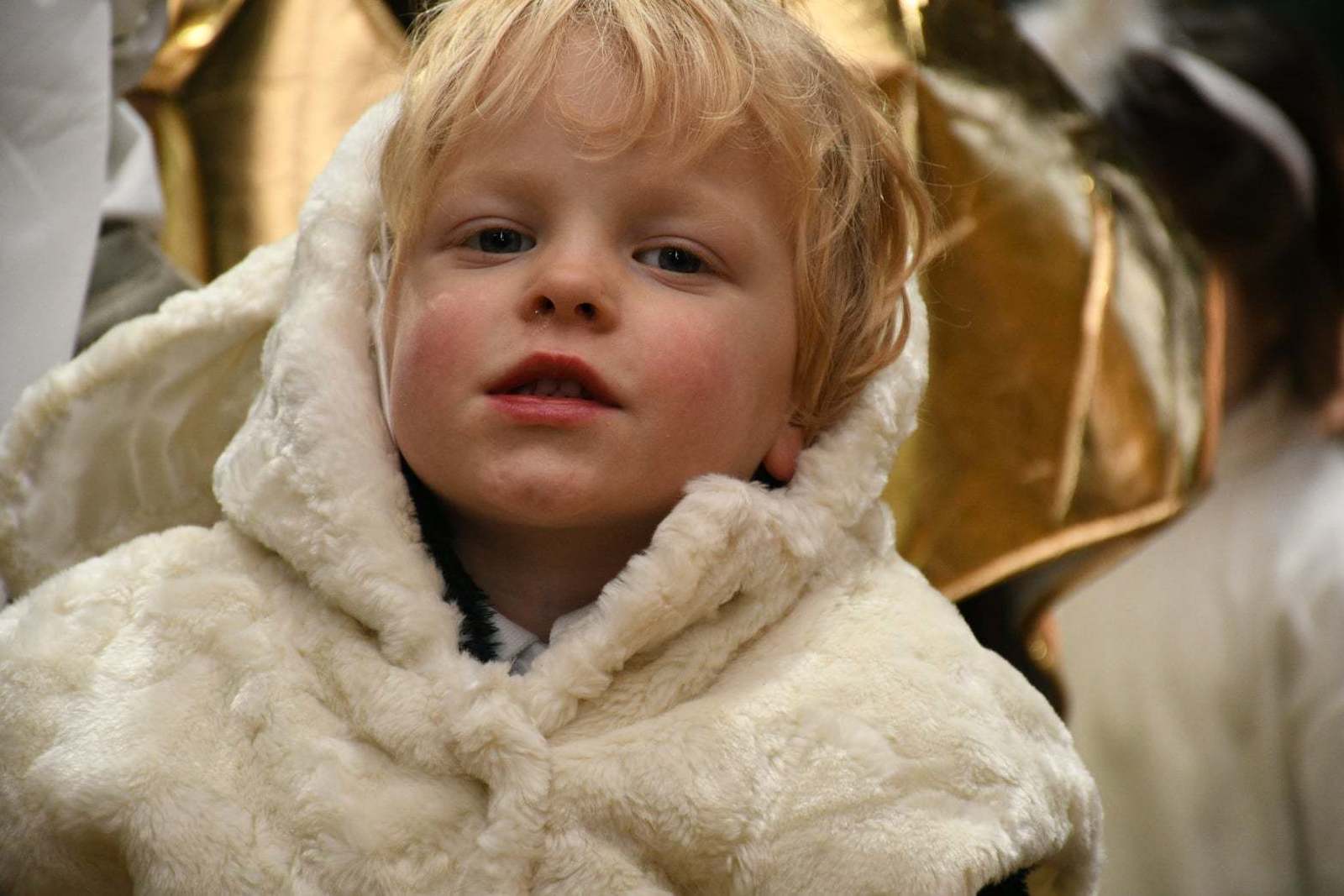 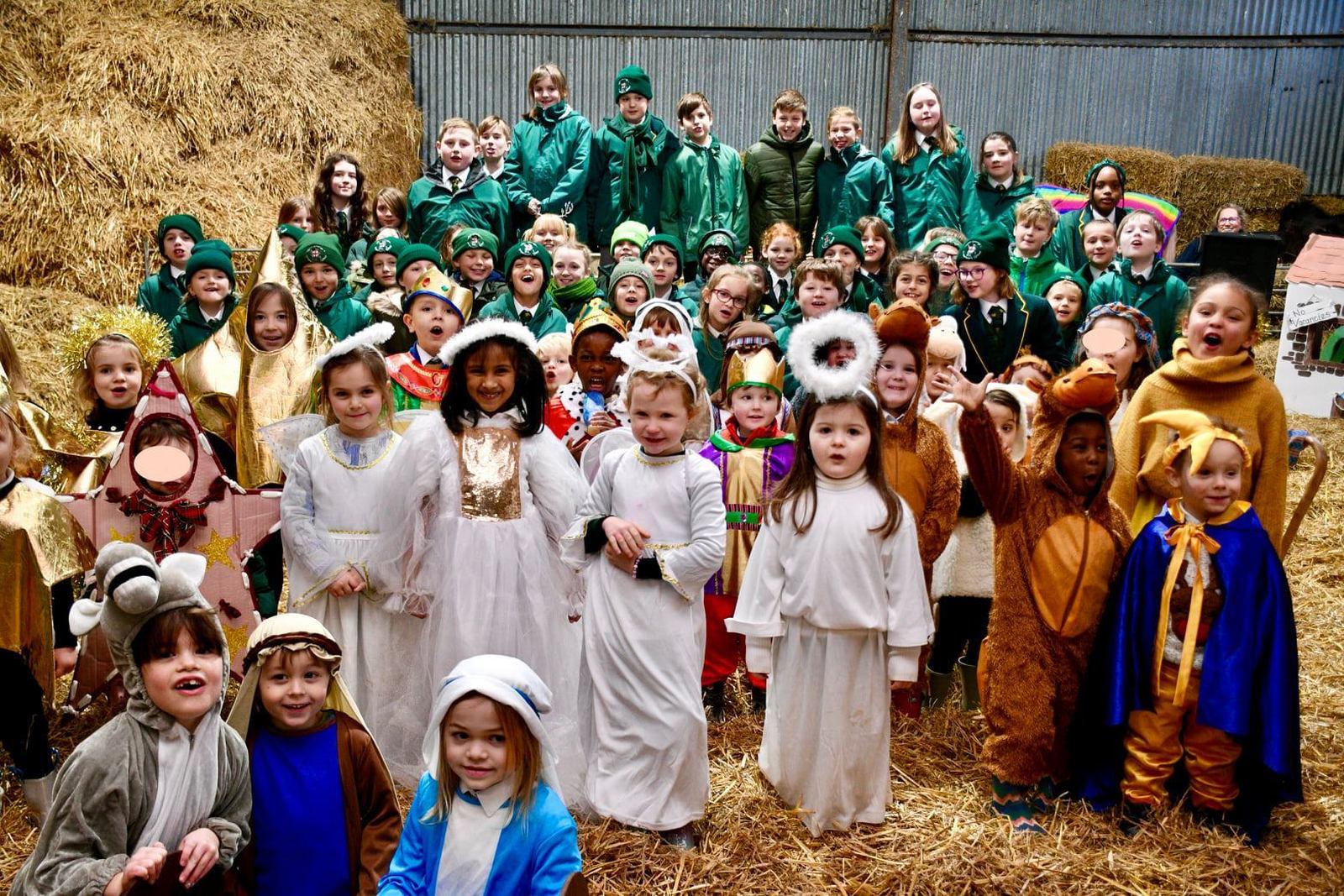 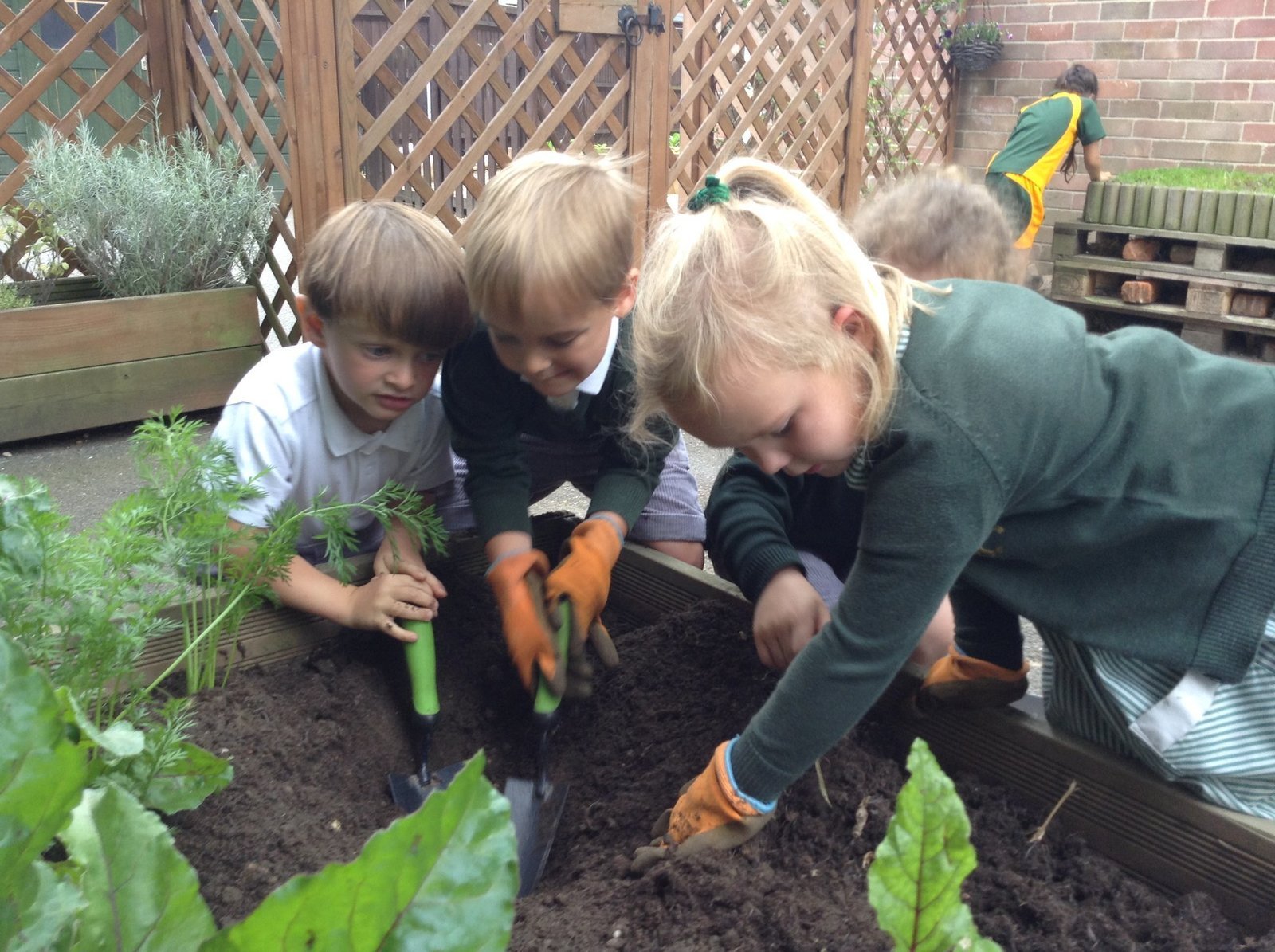 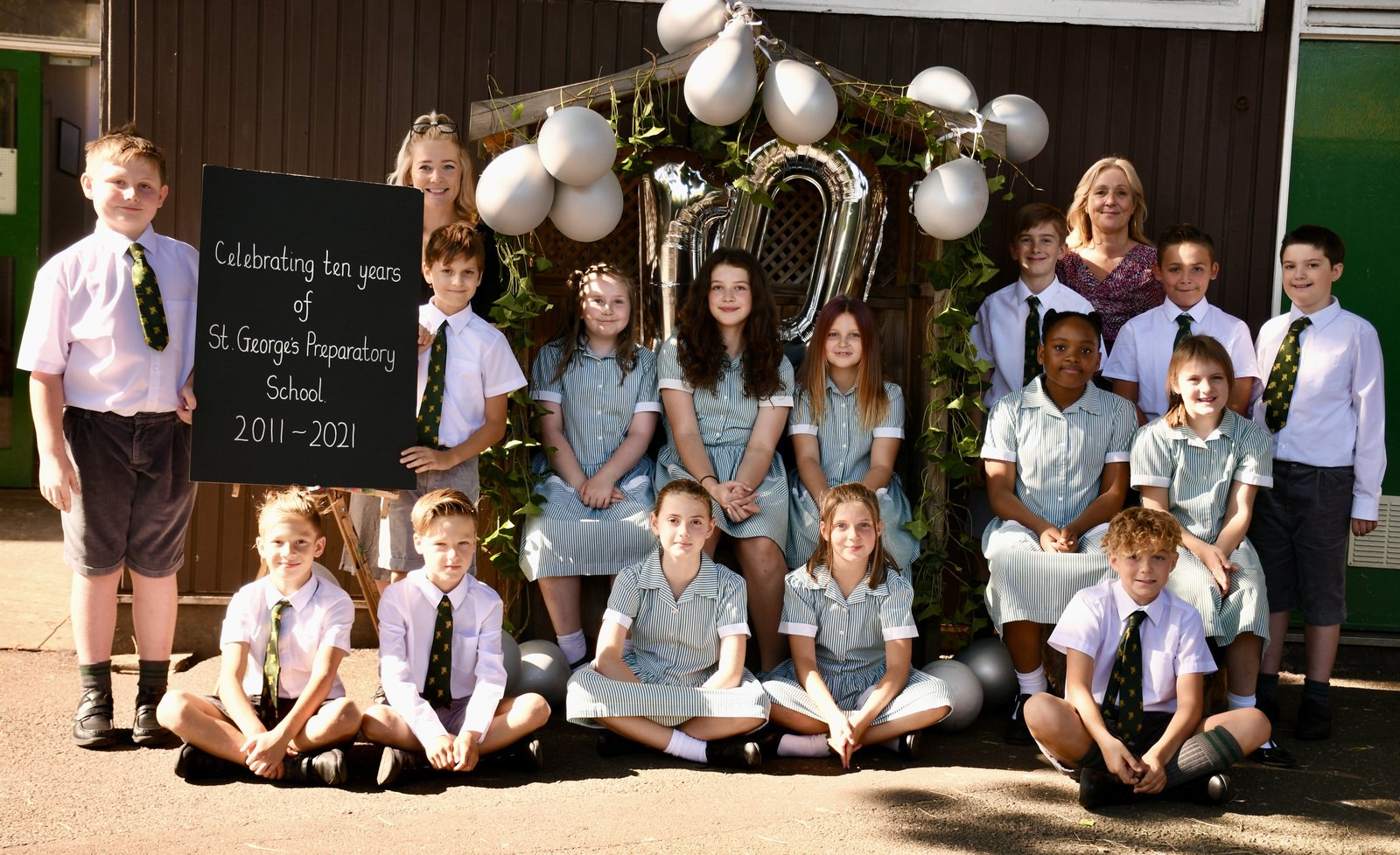 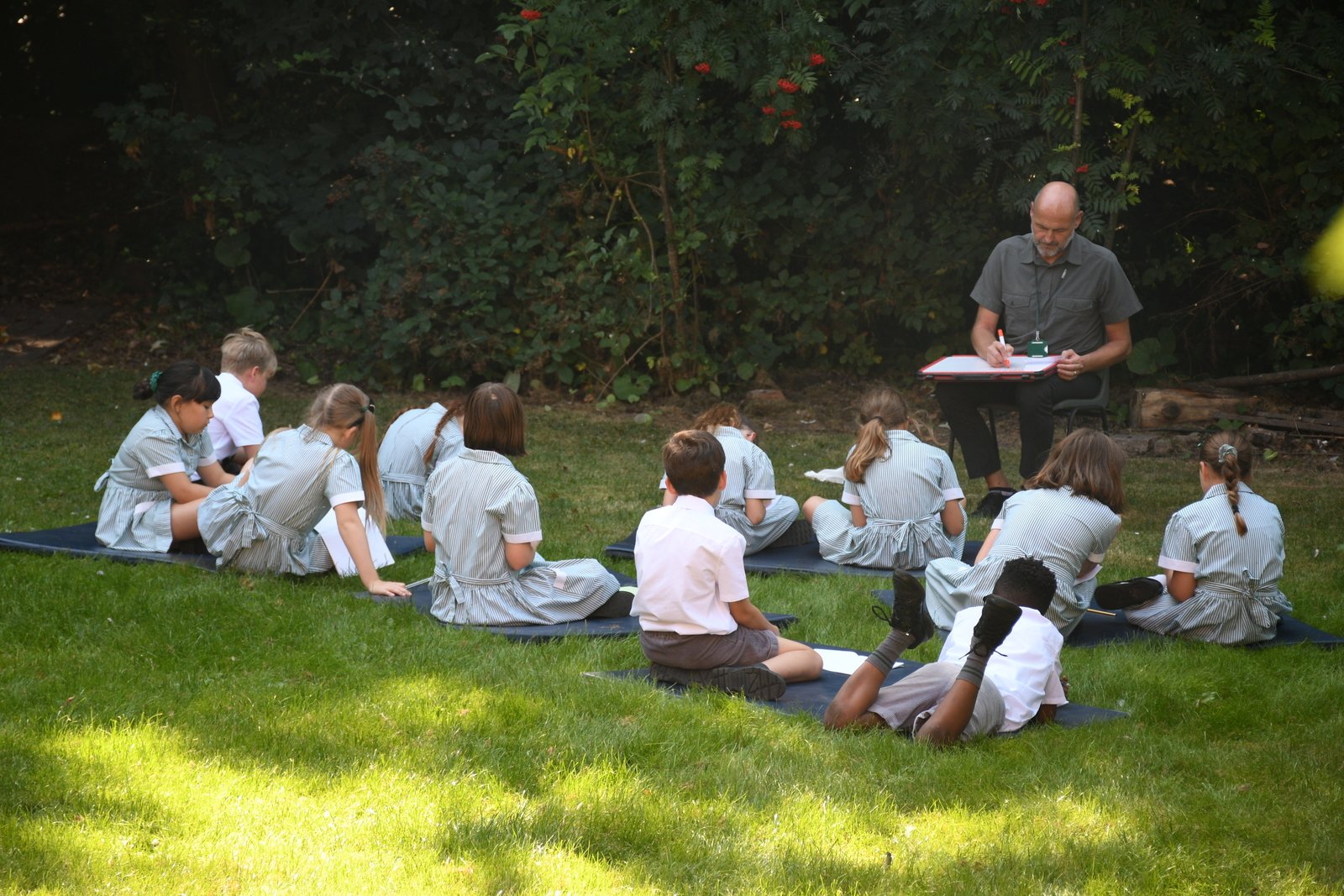 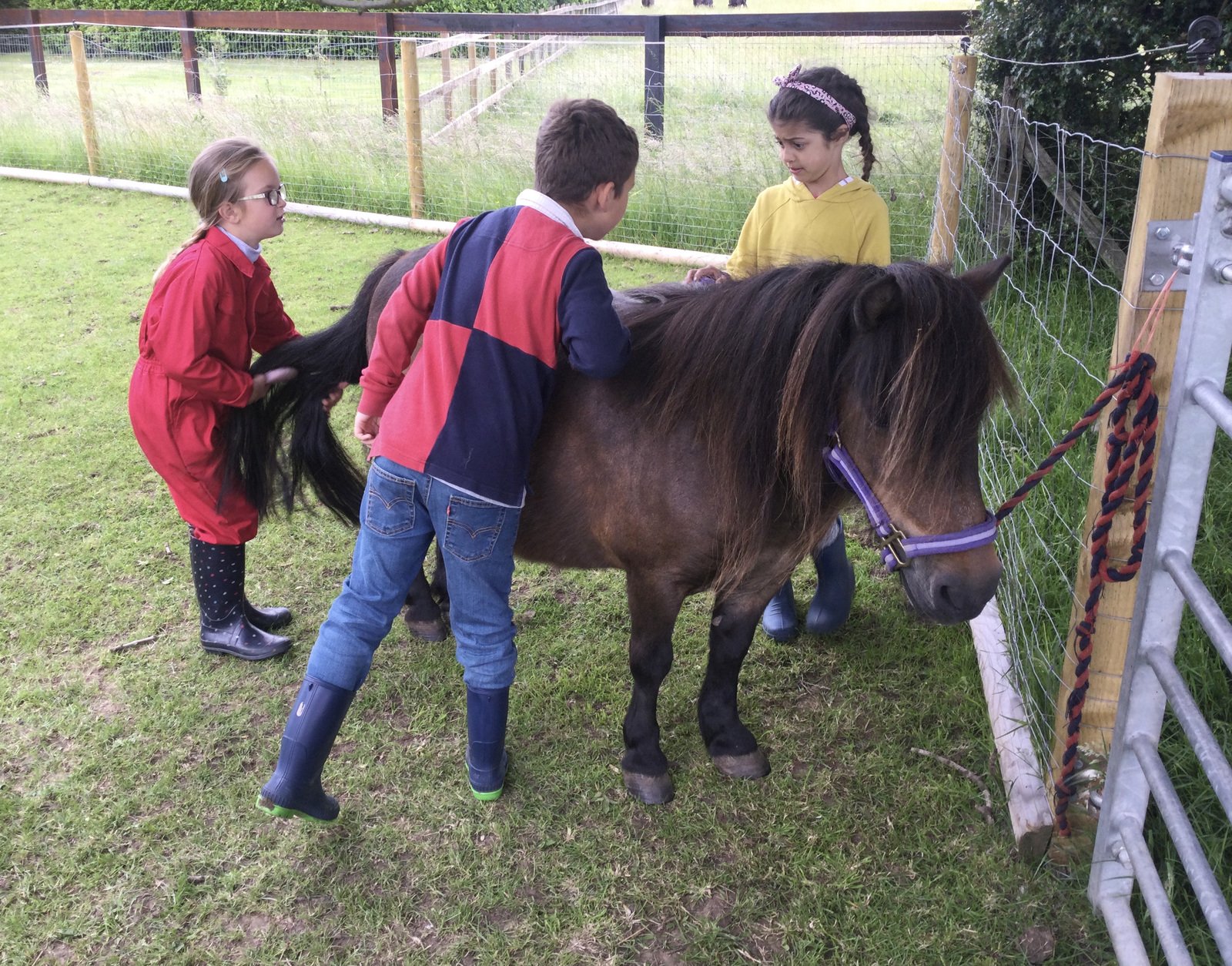 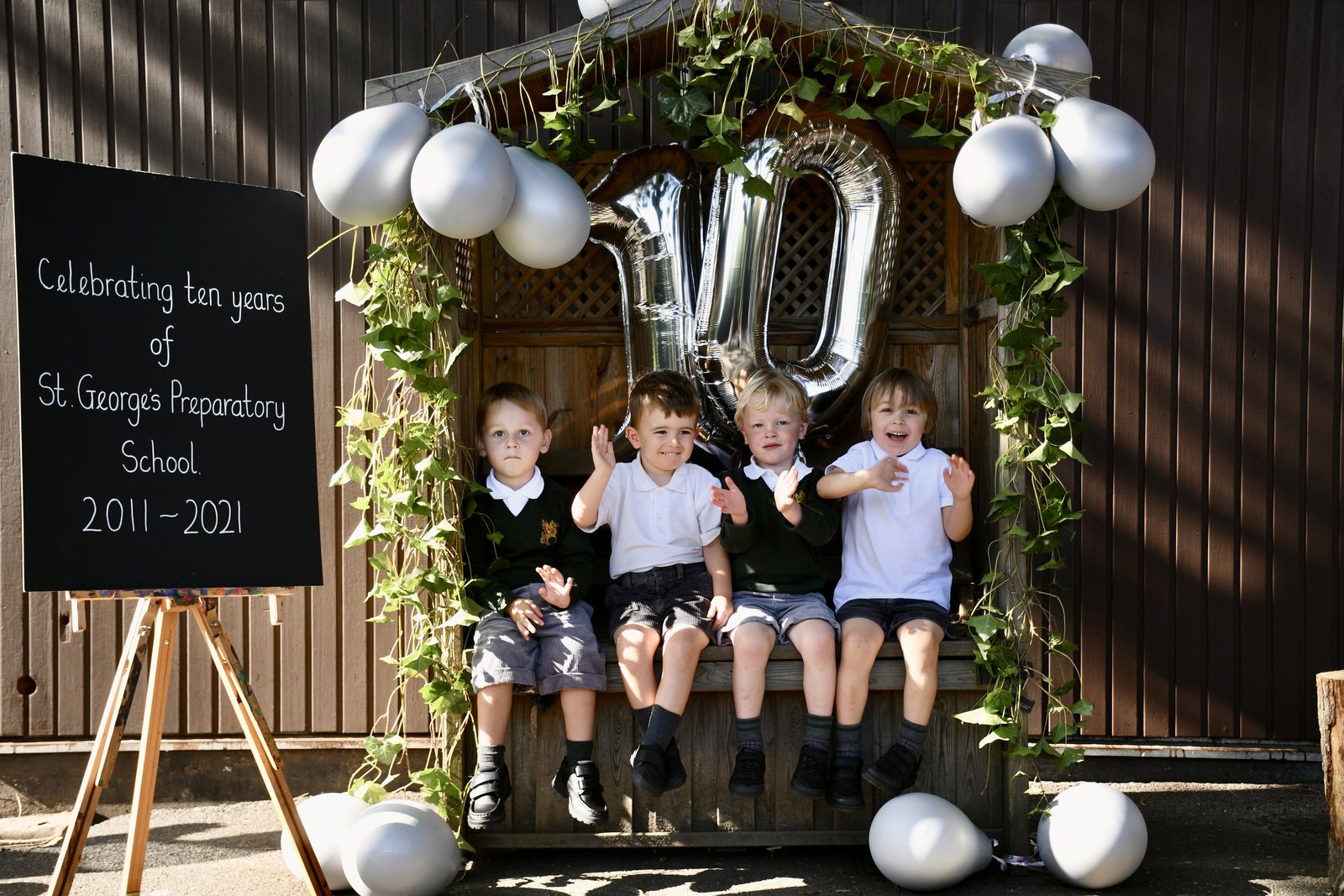 How it all began. Are you sitting comfortably? Then, I'll begin...

"You can't be everything to everyone."

"I'd choose a school where sport was a priority."

"If only I could talk regularly to my child's teacher."

"I don't think they know my child, she's just a number...One of over five hundred in her school. How can they know her?" 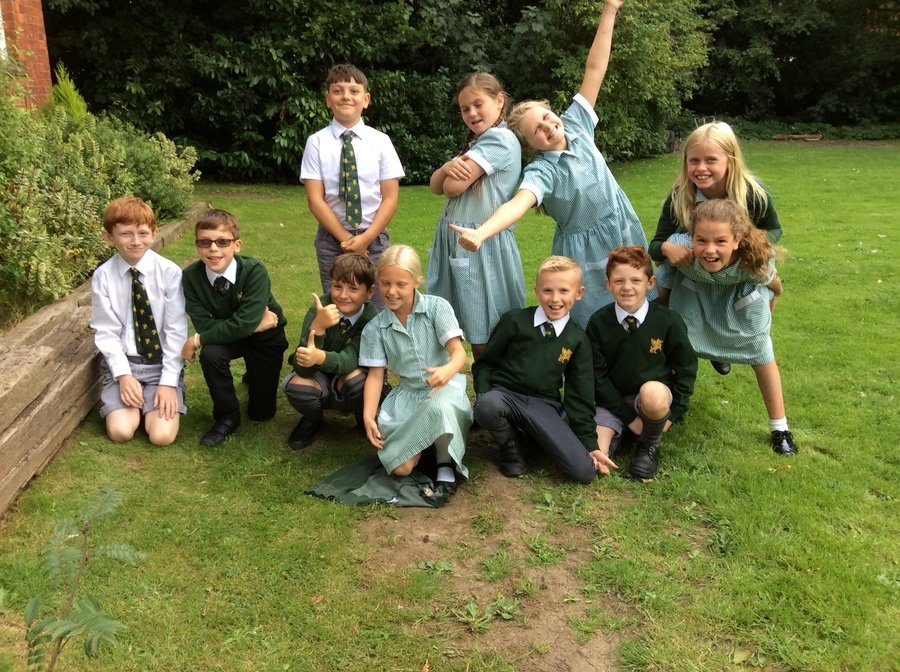 These were genuine comments from the audience at a parents forum, held at a Chinese restaurant when we launched the concept of a new independent school for the Boston area in 2011.

Mark and I had been working on a new approach to education since May 2010, when we had sold our successful 99 place day nursery in the middle of Boston. We designed, developed and managed See-Saw Day Nursery from 2004-2010, employing 25 staff and looking after approximately 200 children ranging from 3 month old babies to 4 year old pre-schoolers.

The reason why we decided to open a nursery was simple.

At that point, I was on maternity leave from my job as a primary school teacher. I had a 6 month old baby and a 2 year old toddler and just could not find a nursery or childminder that fitted the perfect picture in my mind of somewhere I wanted to leave our precious daughters. It occurred to me that if I felt this way, then surely there must be other parents who felt the same way too. To cut a long story short, See-Saw Day Nursery became Boston's first purpose-built childcare facility, boasting open plan spaces and a good sized garden. It soon became a popular choice for working parents and after a year there was a waiting list for spaces. We became well known to the Lincolnshire Early Years team and would often show other nursery managers around our facilities, discussing our approach and helping them with issues that they faced.

We were asked to take part in a project focussing on understanding and responding to the specific needs of our youngest customers. This project was entitled, 'Beginning with Babies.' The study enabled us to truly lead best practice in Lincolnshire and brought me into contact with a person who I'm proud to say has been a huge influence on my professional life - a lady called Mary Barlow. Mary has since become a good family friend and we still swap nursery stories. Mary was the name behind the Beginning with Babies project and working with her enabled me to challenge how our babies were cared for.

At the time it was thought that babies should be placed in a stimulating environment - it was usually a room with brightly coloured walls, dangly, sparkly mobiles and primary-coloured plastic toys which made a beep or squeak when pressed. We came to learn that plastic only has one texture and temperature and that natural toys offer so many more possibilities. We looked at how babies perceive, explore and learn about the world. We designed simple black and white areas which would hold a baby's attention. Through research, baby-friendly spaces were created and we learned how to present everyday objects in an attractive and enticing manner. We learned that if we sprayed a little of mummy's perfume on our tops, a baby would settle quicker. Staff made family photo albums for babies to look through and removed pictures which had been painted on our windows as we found out that the babies were fascinated by simply watching the world go by. We bought sofas so that the staff could comfortably cradle a baby whilst feeding and we brought in coffee tables and other  furniture to make it feel less like a clinical environment and more like a home from home. Before we knew it, people were travelling a distance to bring their children to See-Saw. We had work published in childcare magazines and had lots of satisfied parents who could go to work safe in the knowledge that their child would have a great day.

Around the same time, Forest School had just arrived in the UK, being brought across the sea from Scandinavia. We could see that Forest School offered so many benefits in terms of the physical, mental and emotional development of young children. I'm proud to say that Mark was the first qualified Forest School practitioner in Lincolnshire. He started Lincolnshire Forest School to spread the message and benefits to other schools and nurseries in the county. Our son (aged 18 months) featured in a Forest School video shared with all early years settings for assessment purposes.

"Primary school isn't like nursery." We would hear time and time again when our little ones left us to go to 'big school.'

I could have told the parents this, having worked for twelve years in schools here and abroad. I don't mean for one second that teachers didn't care, but education was beginning to be more concerned with data and targets and less about the more emotional aspects of teaching young children.

Over time, we had developed trusting and honest relationships with the parents of our nursery children, but of course when a child left us to start school, s/he joined a class of thirty children and there wasn't simply the time for the teacher to chat to every mummy or daddy at the school gate every evening. Teachers can't always search for a missing teddy that a child can't sleep without, neither can they go into raptures about the fact that a child can (at last) put on their coat. They have so many plates to spin and other plates are continually being added by the Government who (it seems ) daily increase their workload.

We would take children on preliminary visits to their respective primary schools as their parents were working. One particular visit broke my heart. In June, ahead of starting school in the September, I took a small group of children to a local school for their transition visit. As I waited in the entrance, a teaching assistant opened the doors and I moved forwards, leading the children in.

I was stopped in my tracks.

Leave them there, with a woman who was a stranger.

There, in a building they had never been inside before.

There, with twenty or more children they had never met before.

I felt a little hand tighten in mine.

I explained to the lady that I was actually a teacher and I'd happily stay and lend a hand.

I was assured that this was the way they did transitions and I should come back at 3 o'clock to collect my group.

Without explanation, or even a kind word, the lady ushered the children away.

I could hear the sobbing as I let the door shut behind me.

These children were three and four years old and this was their first experience of school. Maybe I overreacted, but I couldn't help but feel it was a barbaric system. This was the turning point for me and prompted me to think hard about what I could do.

The 'this is the way we've always done it'  system backfired in September as the traumatised children became tearful about starting big school.

So many parents commented that they never had the problem at nursery.

"You should open a school,' they said...We did!

We sold See-Saw in April 2010 and after a year of planning we opened St George's Prep in September 2011.

The rest, as they say, is history!

We use necessary cookies to make our site work. We'd also like to set optional analytics cookies to help us improve it. We won't set optional cookies unless you enable them. Using this tool will set a cookie on your device to remember your preferences.

Necessary cookies enable core functionality such as security, network management, and accessibility. You may disable these by changing your browser settings, but this may affect how the website functions.